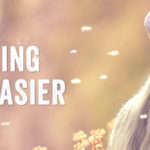 Researchers at Henry Ford Hospital reported in December 2011 that 25% of severe asthma attacks could be prevented if patients consistently took their medication as prescribed. An asthma attack was only significantly reduced when patients used at least 75 percent of their prescribed dose, according lead author Keoki Williams, M.D., MPH, an Internal Medicine physician and associate director of Henry Ford’s Center for Health Policy and Health Service Research. They reported in the 12/2011 online issue of The Journal of Allergy and Clinical Immunology that a 25% increase in use of steroid inhalers resulted in an 11% decrease in asthma attacks. Dr. Williams says, “But most importantly, we found that causal use of these medications is not enough, especially among patients whose asthma is not controlled.”  More than 20 million Americans, or approximately 1 in 15, suffer from asthma, which accounts for nearly 500,000 hospitalizations in the United States annually. According to the American Academy of Allergy, Asthma and Immunology, inhaled corticosteroid (ICS) medication is the most effective treatment for controlling asthma symptoms and preventing attacks.

The FDA has recently cleared “Alair®” a bronchial thermoplasty device developed by Asthmatx. Severe asthmatics may benefit from a new technique that “melts away” thickened muscle fibers in the airways of asthma sufferers. Once a patient is sedated a special bronchoscope is inserted into the lungs. Tiny wires emit radio waves that generate heat to 149F, but the surrounding tissue is not injured. This minimally invasive bronchoscopic procedure is performed in three outpatient procedure visits, each treating a different area of the lungs and scheduled approximately three weeks apart. After all three procedures are performed, the bronchial thermoplasty treatment is complete. Severe asthmatics who have been resistant to current therapies and high dose steroids may benefit from this new pioneering technology.